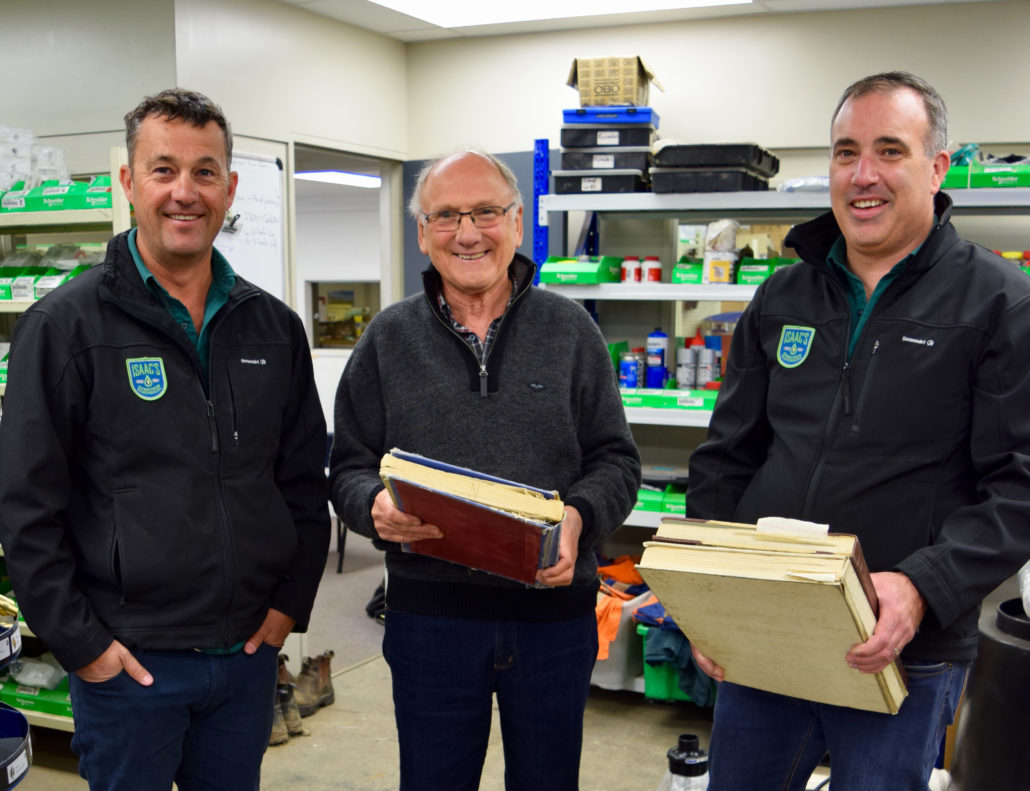 A well-known building with a well-known family name attached will become the new premises for Isaac’s Plumbing Pumping and Electrical come winter.

Both Isaac’s retail store and offices will soon move to the former Ashby’s building in Waipawa, which has a strong connection to the Central Hawke’s Bay community.

Directors Gavin Streeter and Shane Heaton said the site, originally occupied by three Ashby brothers was, “before its time”.

It provided a one stop shop, offering the services of builders, plumbers, drain layers and electricians as well as an extensive range of products.

“It’s always been a really well recognised site and that’s a benefit for us, it’s part of the district’s history and now we have come full circle,” Mr Streeter said. “We want to create a similar offering to Ashby’s,” Mr Heaton added. “We will be expanding on the products available in our shop, still offering quality, reliable staff and services, but taking it to the next level.”

The building, which still displays Ashby’s signage, will be home to Isaac’s by June 15 this year. Former Ashby’s employee Tony Stephenson worked for the business from 1961 to 1976, and said the name still held weight within the community. In 1976, he left Ashby’s, along with Colin Hyde and started electrical firm Stephenson + Hyde Ltd in Waipawa’s main street.

“Ashby’s has been somewhat of an institution locally, and clients were always very loyal,” Mr Stephenson said. “We found the same when we were doing business in the region.” By 1985, with the High St/ Centre Court development, Tony and wife Eleanor moved to Kenilworth Street, Waipawa, and became Stephenson’s Electrical CHB Ltd.

He then sold up to David and Susan Isaac in 2002; current Isaac’s Plumbing, Pumping and Electrical owners Mr Heaton and Mr Streeter, bought the business from them.

Mr Stephenson said there were plenty of options to enter a trade with an established business when he left school, and was pleased to see Isaac’s continued to offer those opportunities to local people, while delivering a range of services to the CHB and wider Hawke’s Bay community.

“Gavin and Shane keep employing local people and taking on young apprentices; I see this as a positive move,” Mr Stephenson said. “When I joined Ashby’s as a young man I got such a range of experience, from plumbing to electrical work, we were able to service the whole area – now they are heading back to the same sort of system.”

Long-standing Isaac’s staff member, Rhys Fairhurst was employed by Mr Stephenson as a school leaver 37-years-ago and had seen first hand the evolution of the industry. As Operations Manager he’ll be involved in moving Isaac’s into the old Ashby’s premises,allowing for a larger retail focus and more room for an expanding team.

“The next step will see Isaac’s coming full circle; as someone who has seen the business change hands and evolve, this is a really exciting move, and one I see as being a great benefit to the region,” Mr Fairhurst said.