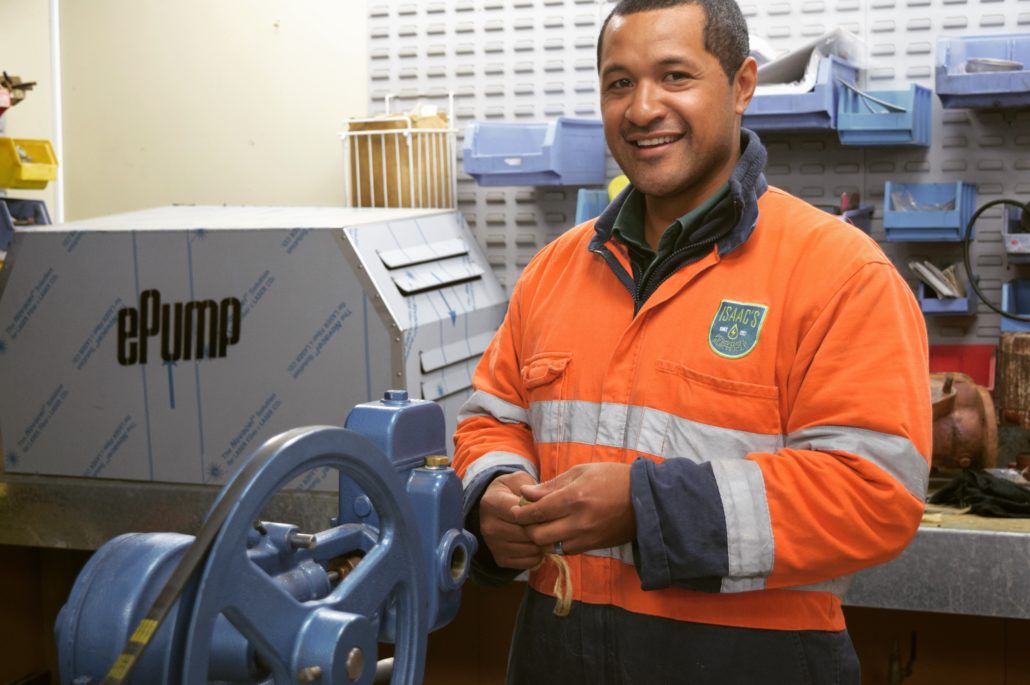 For Kase Kerisiano – an apprenticeship with Isaac’s Plumbing, Pumping and Electrical is more than a job.

The 30-year-old, worked in a tyre tred factory for 7 ½ years prior to beginning the apprenticeship 8 months ago.

He said factory work had been long and taxing “physically and mentally,” with 12 hour days becoming the norm, and he wanted the ability to grow into a new career.

While the learning process had been an “adjustment”, he was really excited to be picking up a new range of skills and learning from the professionals.

He described the Isaac’s team as a “brotherhood”.

“No two days are the same, you are never in the same office. It really is an awesome team –I’m never alone, there’s always someone willing to help you out or answer any question.”

Kase hoped learning and developing skills in a trade would allow him to create a better life for the future.

It also gave him the chance to work throughout the region and pick up new skills.

“If you stick with a trade, any trade, that stays with you for life. It’s been a hard transition picking up something totally different, but I’m learning a lot every day.

“My father was a plumber and I looked up to him, so when a job came up with Isaac’s I applied, I wasn’t too concerned what the trade was.”

When Isaac’s Directors Gavin Streeter and Shane Heaton sat down with Kase and asked why he wanted the apprenticeship – his answer was honest.

“I am willing to start again in order to have a better future, I have a son, and this provides better hours and a career I can work towards.”